Square Chapel, like many arts venues, have had a tough couple of years during the pandemic, and so are sharing some much-needed joy this Christmas and all are invited.

Families can see Father Christmas between Saturday 18 and Tuesday 21 December (11.30am & 2.30pm) with The Santa Show where they can join the adventures at the North Pole with Santa and Jingleberry the Elf who have the very important task of preparing all the presents for Christmas day. Children will also get to meet Santa’s friends Rudolph the Rapping Reindeer and Frosty the Singing Snowman. This exciting, colourful and larger than life show is perfect for 2 – 6 year olds, their families, pre-schools and nurseries.

On Wednesday 22 December, families can enjoy Rockin’ Rhinos Christmas Cracker. Fronted by John Cooper Cat, The Rockin’ Rhinos are the UK’s foremost family animal band. This is music is perfect for the under-7’s and their grown-ups as they mix ska, punk and rock classics with their own songs.

For those looking for more Christmas fun, the arts centre will also be screening the popular feel-good sing-along The Greatest Showman with a family matinee and an evening screening on Saturday 18 December, for kids and big kids alike.

The venue will close from Thursday 23 December until Wednesday 5 January to give the staff team a much-needed Christmas break after working with the ever-changing Government COVID measures and regulations over the last year. The venue and staff will be back in the New Year with some great entertained for all.

Kicking off the new year and keeping music fans chipper on Saturday 22 January is new band Sea Fever, made of some heavyweight musicians. The band includes frontman Iwan Gronow from Haven and Johnny Marr’s band; Tom Chapman and Phil Cunningham from New Order; Bethany Cassidy from Section 25 and powering the band’s pulsing beats Elliot Barlow Elliot Barlow, who is joined on the band’s debut by New Order drummer, Stephen Morris.

Iwan Gronow (frontman for Sea Fever) said: “It felt like we were really free to explore the kinds of music that have always inspired us,” says Tom, “we dug right through the record crates of our minds to shape the sound of SEA FEVER. The result is a debut ten-track album that represents the sound of a band instinctively working together; effortlessly exciting and equally timeless. Including recent singles ‘De Facto’. ‘Crossed Wires’ and ‘Folding Lines’, the full-length also features ‘Under Duress’ and ‘Built To Last’.” 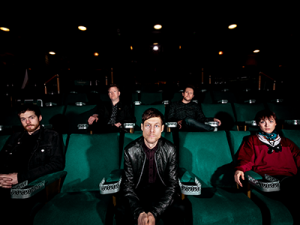 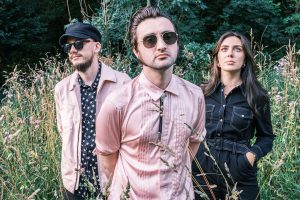 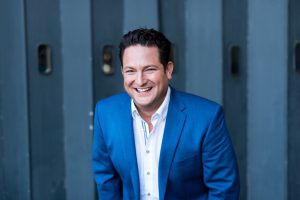 Keeping the party going is Mr Wilson’s Second Liners (Saturday 19 February). A firm favourite for the venue who always sell out and create a great atmosphere with their New Orleans meets 90s club classics…a rave funeral without the body.

In New Orleans, funerals are celebrated in style, with noisy brass bands processing through the streets. The main section of the parade is known as First Line, but the real fun starts with the Second Line, those who follow the band to enjoy the music, marching with the musicians and twirling parasols or waving handkerchiefs. 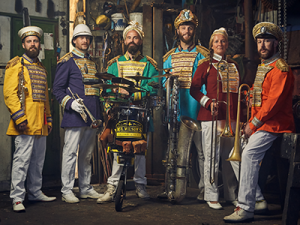 For almost two decades, Kiki Dee and Carmelo Luggeri have been touring their spellbinding acoustic live show across the UK and Europe. On Saturday 26 February, the duo will perform at Square Chapel in this stripped back fashion allows each of their exceptional talents to shine through and create a wonderful and warm sense of intimacy for the audience. 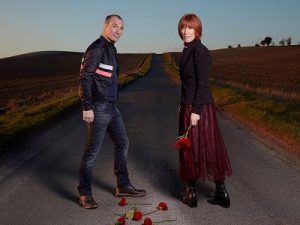 On Friday 4 February Square Chapel welcomes internationally recognised comedian Shaparak (shappi) Khorsandi with her new show ‘IT Was The 90s!’ From indie discos to unflattering crop tops…a trip down memory lane to the decade where ‘kinky’ was nurse roleplay and whipped cream, and Shaparak found herself flying about London with hope in her heart, a tenner in her pocket and spare knickers in her handbag. How does the decade of binge drinking and walks of shame look now without snakebite and black tinted specs?” 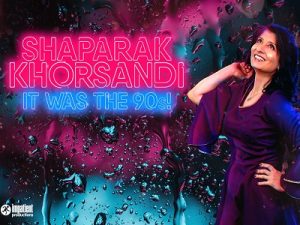 The brilliant Dom Jolly will be on the Halifax stage on Saturday 5 March with his unique brand of comedy. 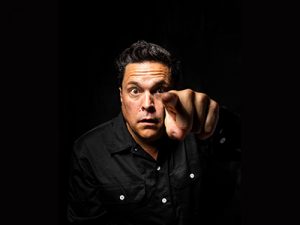 The formidable Jane Godley heads to Square Chapel for the first time with her Soup Pot Tour (Monday 7 March).

Live voice over’s and stand up like you’ve never seen before. Check out some hilarious patter from Big Tereeza in Torremolinos, Boris and his bawjaws and see Nicola up on the big screen with all the latest patter.

Hot from her recent appearances on BBC’s ‘Have I Got News for You’ and BBC Scotland’s ‘Breaking the News, Fringe Festival sell out and with over 20 years of performing award winning comedy around the world from Newcastle to New Zealand, Janey is excited to bring you her hilarious new show for 2022

With over 40 million hits online and regular sold out shows at Edinburgh and Glasgow Comedy Festivals, book early to avoid disappointment. 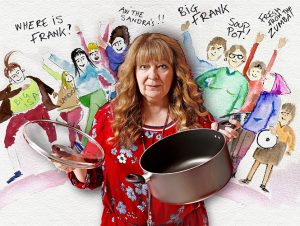 Frontline Chat: Talking Cops & Comedy is a new show. With so much going on surrounding policing during lockdown and the pandemic, coupled with the nation’s love of crime and policing novels and TV crime dramas such as Heartbeat, Happy Valley and Line of Duty, we are celebrating our everyday heroes. Join Britain’s Got Talent finalist Dave Wardell (who was stabbed on duty with his police dog Finn), the UK’s most famous Twitter cop Harry Tangye and internationally recognised comedian Arthur Smith for an evening of talking cops and comedy.

Dave Wardell is known for his appearance on Britain’s Got Talent where he moved the judges to tears with the powerful and emotive story of an incident whilst he was on duty where he and his police dog Finn were stabbed. The pair also won the hearts and minds of the nation and with such support, went on to implement Finn’s Law – the animal welfare bill that prevents those who attack or injure service animals from claiming self-defence. 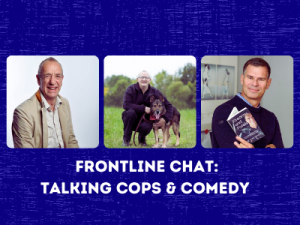 For those who live cop humour, head to Square Chapel on Tuesday 15 February for Alfie Moore: Fair Cop Unleashed.

Join BBC Radio 4’s cop-turned-comedian Alfie Moore for his latest stand-up tour show. Fair Cop Unleashed is based on a dramatic real-life incident from Alfie’s police casebook. Relive with him the thrilling ups and downs of the night a mysterious clown came to town and more than one life ended up in the balance. It was no laughing matter – but this show certainly is! Enjoy Alfie’s unique brand of humour hilariously woven together with his personal insights into his life on the front-line of the police force. 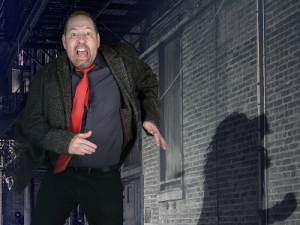 If that’s not enough crime related content, then fans of crime fiction will enjoy CSI Crime Scene Improvisation on FRIDAY 25 February where mirth meets murder in the world’s daftest whodunnit. Following multiple five-star sell-out runs at the Edinburgh Fringe, ‘CSI: Crime Scene Improvisation’ returns with the rip-roaring crime comedy made up entirely on the spot. A fully-improvised, witty and absurd murder mystery where the audience creates the crime. No one knows who the killer is, not even the cast! 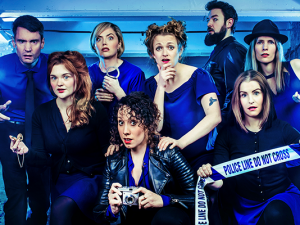 An evening with Ultramarathon Runner Damian Hall. Damian Hall is a record-breaking ultramarathon runner who’s represented Great Britain and taken part in some of the world’s toughest races, setting seven fastest known times (FKTs) along the way. All while consuming alarming amounts of tea and custard.

The evening (Wednesday 16 February) will include an in conversation and Q&A with Damian about his adventures in running and coaching and will also feature a short film screening by Summit Fever Media, who have captured some of his amazing achievements on film.

A UK Athletics running coach, journalist and author, he is also conscious of his environmental impact on the landscape and therefore part of your ticket income will go towards making this evening a carbon negative one. 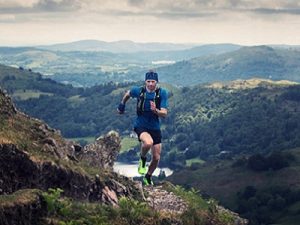 In ‘An Evening With’, Julian Norton (Friday 28 January), he will share amusing anecdotes from his veterinary work in North Yorkshire. These true stories bring to life the drama as well as the humour in the daily routine of a rural vet.

Following in the footsteps of James Herriot, Julian has captured the hearts of the nation and far beyond the North Yorkshire market town of Thirsk, where he has spent most of his working life in the practice which was formerly where Herriot worked. He has enjoyed television success, featuring in Channel 5’s hit series The Yorkshire Vet, currently in its twelfth series. The popular show follows the day to day work of vets in rural North Yorkshire, where the connections to the Herriot ethos cannot be overlooked.

Julian is also an author, having written six best-selling books about his life as a vet in North Yorkshire. His latest book is All Creatures: Heart-warming Tales from a Yorkshire Vet, published by Hodder and Stoughton, in March 2021.

Join Julian for a fun and fascinating evening, sometimes sad, often funny, yet always warm and compassionate. This show is an inspiration for anyone who loves animals; with Julian’s passion and commitment always at the fore.

Square Chapel have a treat for families during February half term. AS well as the usual calibre of family shows, youngsters will get to see the one and only Nick Cope on stage on Thursday 24 February.

Nick Cope has been writing and recording his beautiful and totally unique songs for children and their families for over 10 years, he performs with his guitar and animations to sell-out crowds all over the country. He has an incredible fan base from all over the UK which has just grown immeasurably over the last year due to the phenomenal success of his CBeebies show Nick Cope’s Popcast.

Nick Cope’s live performances are legendary! He has a fanatical army of little and not-so–little fans from all over the world, if you haven’t heard his songs or seen his shows before come along and find out what you’re missing. 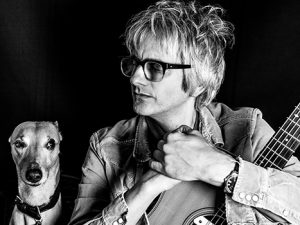