The wait is almost over! Film is coming back to Square Chapel Arts Centre

The wait is over! Film is coming back to Square Chapel Arts Centre

Halifax film fans will be delighted to hear that the cinema offer is coming back to Square Chapel Arts Centre this Spring. The much-loved arts centre has teamed up with film experts Bill Lawrence from Reel Solutions (Calderdale, Yorkshire) and Jonny Tull from Tull Stories (North East).

Associate film programmers Bill and Jonny will oversee the programming and booking of the film offer for the venue in conjunction with its Artistic Director Jonny Davenport. The programme will be announced around Friday 1 April, with tickets on sale soon after and commence with screenings from Friday 22 April, giving audiences the chance to plan what they want to come and see. After that, the programme will be announced and live on a rolling month-by-month basis via the Square Chapel website and newsletters.

Jonny Tull is a cinema and arts consultant who works across film distribution and exhibition. Following a successful career in programming and marketing for independent cinemas and the arts, Jonny now works with filmmakers, cinemas, festivals and distributors to help bring their projects to the world under the banner of Tull Stories. In 2020 Jonny was the recipient of a prestigious John Brabourne Award from the Film & TV Charity, and alongside his work in exhibition and distribution he is an Advisor on the British Film Institute’s Film Audience Network’s Advice scheme, Chair of the Board of Trustees at Queen’s Hall in Hexham, Northumberland, and teaches on the Film Studies MA at Newcastle University. Jonny is familiar with the Square Chapel film programme and audiences as he worked closely with the previous team and was a great help in shaping the offer. 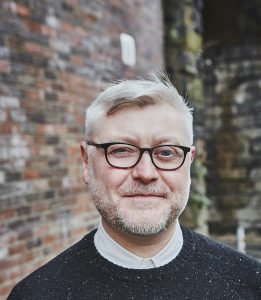 Bill Lawrence was Head of Film at the National Museum of Photography, Film & Television (later the National Science and Media Museum), Bradford. He set up three of the city’s film festivals – Bradford International Film Festival, Bite the Mango Film Festival and Bradford Animation Festival. Bill was part of the team who set up the prestigious partnership board of Bradford: City of Film and was involved in achieving the UNESCO designation in 2009. Subsequently he became Creative Director at Showroom Cinema, Sheffield, one of the UK’s leading independent cinemas. Bill is the founder of Reel Solutions and was part of the research team who helped set up the original film offer for Square Chapel Arts Centre. 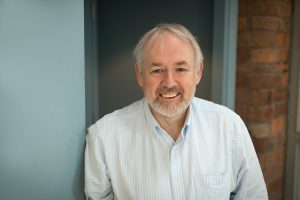 Jonny Davenport, Square Chapel Artistic Director, said: “As we enter what is promising to be a packed spring and summer, I’m delighted to begin working with a duo who bring outstanding experience and vision to our film programme. We are hyper-aware of the role that film plays in Square Chapel’s identity and feel that we now have an opportunity to build on this rich tradition with a bumper offer for audiences old and new.”

Like many arts organisations, returning to a semblance of normality has been slow and steady amid Covid setbacks, rescheduling and all the difficulties associated with a significant period of closure. In addition to this, Square Chapel CIC is a new company incorporated by new owners following the administration of the previous Square Chapel. The ethos for the new era of Square Chapel is to be as thorough as we can in getting things right which does of course take time. The programme will grow in time as we develop our identity and relationships with artists and audience. The same is true of the food and drink offer and general audience experience as we grow into this new beginning. We are now deep into the process of planning the next chapter of Square Chapel and feel that the return of our film offer is a great step forward.

In the meantime, the new team with an ambition to get the beloved arts centre back on its feet for all to enjoy, needs support from its community now more than ever. Audiences are being asked to keep supporting them in any way they can so they can get the full offer and teams in place a soon as possible. Visit www.squarechapel.co.uk for the latest what’s on and sign up to the mailing list so they can keep you posted.